... helping You to Live an Extraordinary Life ... 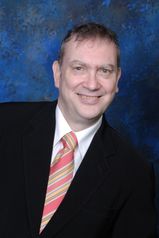 Alan has completed a Master's in Psychology and is a Member of the British Psychological Society. His certifications include Coaching, Mental Health, Mindfulness for Well-being, and Cognitive Behavioural Therapy (CBT) with a speciality in helping older adults. He also has an MBA, a Master's in Project Management and a first degree in engineering.

During the last 20 years, Alan has worked in some twenty developing countries as an international consultant in the public sector, specialising in organisational change, human resources and organisational performance. He has both written, and edited, numerous reports for the World Bank, Asian Development Bank, European Commission and other agencies.

Alan has authored numerous articles covering strategic planning, infrastructure management, coaching and change management, published by the British Chamber of Commerce. He has published over twenty articles as a contributor to Thrive Global, and published six books in a 'Peak Performance' series covering peak performance, well-being and resilience.

Alan can be contacted via https://www.sullivanworld.com